Just over a year ago, I might not have given much thought to the importance of having health coverage for emergency situations. I had never had any serious injuries or medical conditions that required intensive care. But on the last day of April 2014, I was hit by a car while riding my bicycle through an intersection with the green light. I was knocked unconscious and was taken to the hospital in an ambulance. I suffered a concussion, a small fracture to my maxilla (upper jaw) bone (my first and only broken bone), had some bumps and bruises, but overall, I was okay.

As the bills started arriving, I was surprised by the cost of the care I received, which included a ride in the ambulance, less than three hours in the hospital, and a few x-rays. The cost was over $10,000. Thankfully, because of my health insurance, I was on the hook for much less, just over $2,500. Since I was working for a nonprofit at the time and had very little in the way of savings, I was relieved to see how much I had saved simply by having insurance.

Because of this experience, I am now much more aware of how important having coverage is, and am thankful that it is affordable and accessible to me here in Colorado. 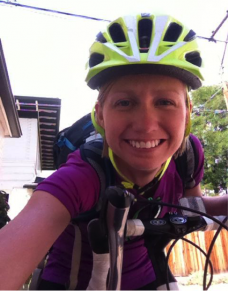 Signing up through the Colorado health care marketplace (Connect for Health Colorado) was much easier than my previous experiences signing up for my own coverage. In 2010, I was in between jobs and had to buy my own insurance. It was practically impossible to shop around for plans. I gave up quickly and went with the first one I found even though it may not have been the best plan for me

This time around, I logged on and was able to assess the costs and benefits of a variety of plans and sign up for the plan that provided the coverage I needed for a good price. It only took a few hours. I am lucky to be young and healthy—though not as ‘invincible’ as I once thought—but I do have prescriptions to fill and now appreciate the peace of mind to know that I’m covered if something happens. Things can hit you unexpectedly (sometimes quite literally) and having health coverage is all you can do to prepare. That, and wear a helmet.

Stories like Anneli’s show the importance of health reform and the successes of the Affordable Care Act. CCHI collects real peoples’ experiences with the health care system so that we can inform the media, elected officials, and our fellow Coloradans about important issues.