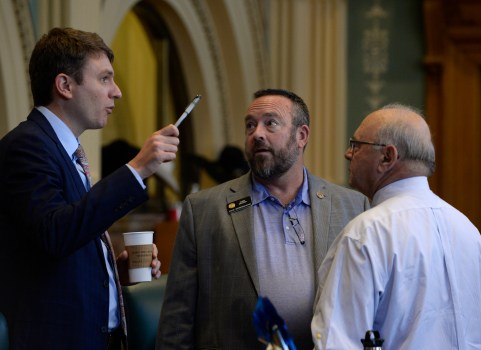 As prescription drug costs go up, the Colorado Legislature passed a bill Tuesday that lawmakers hope will make a dent in those prices.

SB21-175 would create a prescription drug affordability board that would be charged with reviewing medication costs as well as setting a ceiling for some of those drug costs. State officials estimate between 100-125 categories of drugs will be eligible for review, according to Kaiser Health News.

Gov. Jared Polis supported the bill, which is expected to be signed into law. Pharmaceutical companies and Republicans were against it.

Starting April 1, 2022, the board can set limits for only 12 drugs per year for a three-year period (though it can still review additional drugs and make policy recommendations). The review can be triggered by any of the following: Drugs increase by more than 10% over a one-year period for a one-year supply; a brand-name drug costs more than $30,000 per year; or a generic drug costs $100 or more per month. Coloradans can also ask the board to review certain prescriptions.

“For a lot of drugs, there’s a strong reason to believe the prices are set because of what the market will bear, rather than any sort of justification for the investment that went into them,” said Lakewood Democratic Sen. Chris Kennedy, one of the bill’s sponsors. “And in those cases, we’re going to fight to reduce the cost, and I think it’s going to be very meaningful in terms of savings for Coloradans.”

Maryland is the only other state with a drug affordability board, but it is more limited than Colorado’s proposal, Kennedy said.

An April 20-26 poll conducted by Keating Research on behalf of the Colorado Consumer Initiative found 77% of respondents across party lines supported creating a prescription drug affordability board.

House Minority Leader Hugh McKean, a Loveland Republican, believes the bill gives too much authority to Colorado’s commissioner of insurance, and would end up hurting consumers rather than helping them.

“My concern is that (the board) will create upper payment limits that are more aspirational than realistic,” McKean told The Denver Post. That could lead companies to stop offering drugs that people need because they can’t afford to make them, he said.