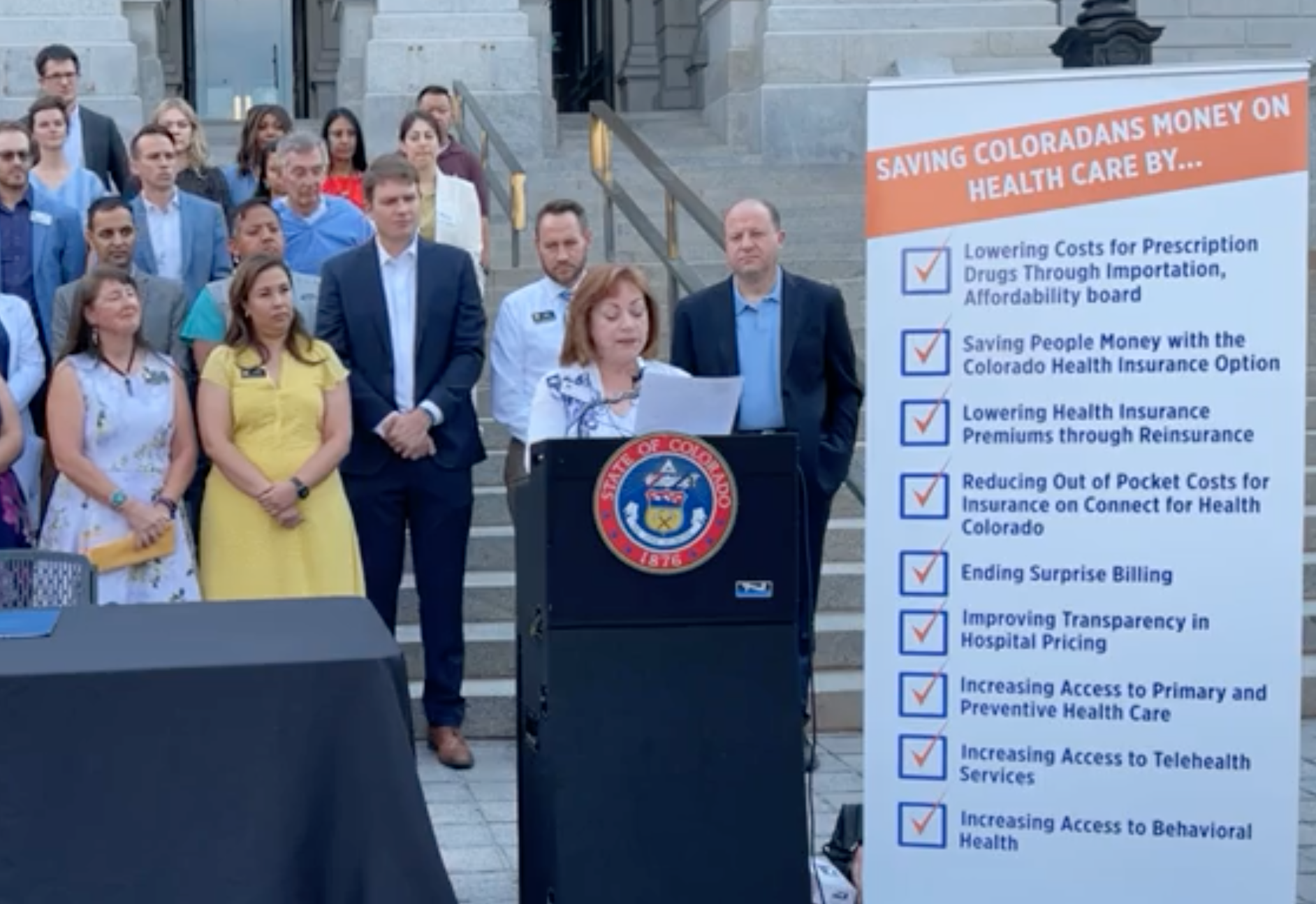 Gov. Jared Polis on Wednesday signed two bills that increase government regulation of health care in an attempt to lower prices for consumers.

The bill — sponsored by Democratic Reps. Dylan Roberts of Avon and Iman Jodeh of Aurora, along with Sen. Kerry Donovan, a Democrat from Vail — was heavily amended in April after protests from hospitals, doctors and insurance carriers. The version Polis signed Wednesday instead creates a “standardized plan,” which the government will heavily regulate but which private insurance carriers must offer themselves as an option on the state’s exchange for individuals and small businesses. Insurers must reduce premium rates on the standardized plans by 15% over three years.

“Starting in 2023, Coloradans who purchase insurance on the individual or small group markets will have a new option that’s going to cost less and be high quality,” Roberts said in a statement after the bill signing. “The high cost of health care leads too many people to have to choose between going to the doctor or paying for necessities.”

HB-1232’s opponents amassed hundreds of thousands of dollars in lobbying expenses throughout the legislative session. They include Partnership for America’s Health Care Future, a national association of health care industry players; Pharmaceutical Research and Manufacturers of America, or PhRMA, which represents pharmaceutical companies; and Americans for Prosperity, a conservative political advocacy group. Opponents claimed that requiring providers to care for people on the Colorado Option would force them out of business.

The lobbying continued late in the session, with a Washington-based advocacy organization called Taxpayers Protection Alliance spending nearly $300,000 on an anti-1232 advertising campaign in mid-May.

Polis also signed Senate Bill 21-175, which establishes a board to regulate prescription drug costs. The five governor-appointed members on the Prescription Drug Affordability Review Board must review the costs of common prescription medications, decide which drugs they consider “unaffordable,” and determine price limits.

Sponsors of SB-175 include Sens. Sonya Jaquez Lewis, a Boulder County Democrat, and Julie Gonzales, a Democrat from Denver, along with Democratic Reps. Yadira Caraveo of Thornton and Chris Kennedy of Lakewood.

“Many of you know that I am a pharmacist by training, and there was not a day that went by in my career as a pharmacist where we didn’t have patients coming into the pharmacy who could not pay for their prescription drugs,” Jaquez Lewis said at the bill signing, calling the legislation “crucial” and “historic.”

SB-175 was opposed by pharmaceutical companies, hospitals and pharmacists, but supported by progressive groups.

“This Prescription Drug Affordability Board … will bring relief to Coloradans struggling with high prescription drug costs,” Adam Fox, deputy director of the Colorado Consumer Health Initiative, said in a Wednesday statement. “The Board will speak for them and push back against the drug corporations when they try to randomly jack-up rates on unaffordable prescriptions.”