Colorado consumers could save up to 20% under state health insurance option, Polis says

In the News
Meg Wingerter and Saja Hindi, The Denver Post

Colorado Gov. Jared Polis’s office released a plan Monday to limit how much the “state option” for insurance would pay hospitals, with a goal of reducing consumers’ monthly costs by up to 20%.

The formula is almost certain to run into stiff opposition from the Colorado Hospital Association. But lawmakers say the rates are better than what some hospitals are currently receiving and the rate-setting will provide more certainty about how much hospitals can expect to be reimbursed for services.

And the plan will benefit rural hospitals, said Rep. Dylan Roberts, a Democrat from Avon who is sponsoring the bill. He said he anticipates the state option bill will receive bipartisan support, despite the vocal opposition. Lawmakers wanted to release the reimbursement formula before the bill was introduced to be transparent and explain the process of developing it, he said.

“The formula is just one part of the bill, so it’s not safe to just look at that and assume that’s how the state option is going to be accomplished,” Roberts said. “This is just one of several major pieces of the legislation.” 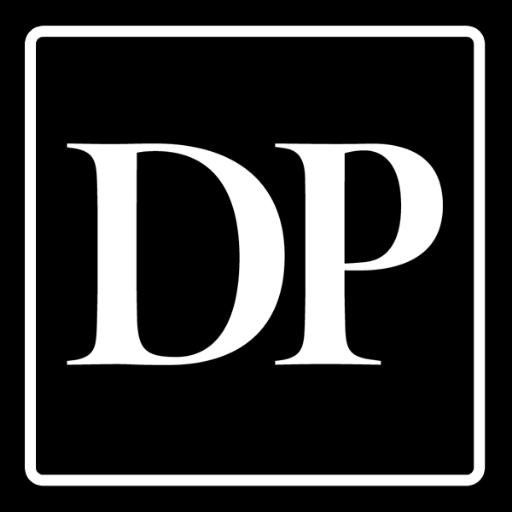 Katherine Mulready, senior vice president and chief strategy officer for the Colorado Hospital Association, countered that the information released Monday didn’t alleviate her concerns. It’s difficult to be sure of the impact, since the state didn’t release hospital-by-hospital numbers, but it appears the cuts could average anywhere from 25% to 56% in different parts of the state, she said.

The association is still analyzing the proposal, but it seems likely hospitals will have to raise costs for people with insurance plans that aren’t part of the state option, Mulready said.

“These cuts have real impacts to hospitals and the care they can provide their patients,” she said.

The proposed payment formula is the latest twist in a policy drama that began during the last legislative session when lawmakers passed a bill directing state agencies to pursue a “public option” for health insurance. What the agencies came up with wasn’t what most people consider a public option — a government-run health plan — but rather a form of insurance sold by private companies with more regulations imposed in an effort to reduce costs.

The state Department of Health Care Policy and Financing released a report in November that outlined recommendations for reducing costs through the plan, which relied heavily on limiting payments to hospitals. The specifics of how that would work and the formula that would guide the reimbursement rates were not determined at that time.

Get the latest alerts
From The Denver Post sent directly to your inbox.

Get more newsletters and alerts.

The bill’s sponsors worked with hospitals, insurance companies and the governor’s office to craft a plan that Roberts said reflects compromise, and rates that will ensure hospitals are able to cover all their costs. The bill is expected to be introduced in the next couple of weeks, and Roberts said determining the formula for reimbursement rates has been one of the largest pieces of it. An actuary firm worked with the lawmakers on the analysis.

How the formula works

The formula in the proposal would pay hospitals a starting rate of 155% of the rate Medicare pays. In practice, that means that if Medicare would pay a hospital $1,000 to perform a medical procedure, the hospital would get $1,550 to do the same procedure on someone covered by the state option. The percentage of reimbursement would increase depending on different criteria and was partly based on information provided by Colorado hospitals.

By comparison, Colorado hospitals got about 269% of Medicare rates from private insurers in 2017, according to a report from the RAND Corporation. That means they were paid, on average, $2,690 for the hypothetical $1,000 procedure. Some hospitals got twice that rate.

The proposal estimates hospitals break even at 143% of the Medicare rate, on average ($1,430 for our example procedure). So theoretically, the base rate would build in a small profit. It’s difficult to forecast how much any particular hospital might gain or lose, though, because Medicare pays different rates if a hospital tends to get sicker patients, teaches aspiring doctors or treats lots of low-income patients.

“This thoughtfully crafted formula will help save Coloradans up to 20% on the individual market and bring transparency on costs for all consumers,” said Conor Cahill, a spokesman for Polis. “The formula also takes into account unique factors like whether a hospital is a critical access, independent or has a large number of patients on Medicare and Medicaid. We look forward to working with lawmakers on both sides of the aisle to create a Colorado Option and realize these savings for Coloradans — all for less money than special interests are spending to convince Coloradans that expensive premiums and out of reach health care is the best we can do.”

The formula was released as accusations between the state government and hospitals have grown increasingly pointed, with Colorado being propelled to the center of a national debate on controlling health care costs. The governor’s office has zeroed in on a report that found hospitals raised prices even as they became more profitable, and the hospitals argue they’re a small piece of the health care pie and are being unfairly singled out.

Hospitals that aren’t part of a larger network would get an extra 20%, as would critical access hospitals — small hospitals that are at least 35 miles from another hospital and generally have short patient stays. A hospital that is both independent and critical access would be paid 40% extra, bringing its total rate under the state option to 195% of what Medicare pays.

Hospitals also could get higher rates if they treat high numbers of patients covered by Medicare or Medicaid, and if they’ve kept their costs lower than the state average. Theoretically, if a hospital received the maximum extra payments in all three categories, it could be paid 265% of what Medicare pays — but that’s highly unlikely, because it would require a hospital to treat only people covered by Medicare or Medicaid.

A yet-to-be-unveiled bill also is expected to require insurers to pass along rebates they get from drug companies, and lower their maximum profits.

The state Division of Insurance estimated between 4,600 and 9,200 people would buy the state option plan, but that could change as more details about what it might cost to buy insurance through the plan become available. The governor’s office’s formula anticipates the monthly price of insurance will fall anywhere from 7% to 20%, with bigger decreases in rural areas.

Since these rates would apply only to the state option, however, it’s not clear if anything would stop hospitals from deciding they wanted to seek higher prices from other insurance plans.

The Health Care Cost Institute estimated inpatient hospital services in the Denver metro area cost about 14% more than the national average. They were even higher in Fort Collins, at 42% above average, while Boulder and Colorado Springs were closer to the middle.

Chris Whaley, an associate policy researcher focused on health care costs at RAND Corporation, couldn’t speak directly to Colorado’s insurance markets, but said prices have risen nationwide as hospitals consolidate. Often, hospitals have invested in cosmetic upgrades and more luxurious amenities because patients may see facilities as a proxy for quality, he said.

Hospitals often pitch mergers as a way to increase efficiency and lower costs, but the data clearly shows that prices go up when fewer hospitals are competing in a market, Whaley said. The HCCI found the hospital markets in Denver, Colorado Springs and Fort Collins all were dominated by a few players.

“We actually see the opposite going on,” he said.

The proposal is consistent with what the governor has discussed, but it’s important to study its full implications before determining if it’s the best approach, said Billy Wynne, a health care consultant and founder of the Public Option Institute.

It would be difficult to address costs without looking at hospitals, because they are the largest source of health care spending, Wynne said. Hospitals have a “fair point” that focusing on them doesn’t address the whole cost issue, but it’s a reasonable strategy to tackle one sector at a time, he said.

“Biting off what you can chew now may be a better way to get something done,” he said.

The Colorado Medical Society also took a measured approach. Dr. David Markenson, a pediatric emergency specialist and the society’s president, said physicians aren’t opposed to considering costs, but it needs to be done with an eye on whether patients can access care they need close to home, and the quality of that care.

“Cost, while important, cannot be looked at in isolation,” he said. “It is only one piece of the entire health care puzzle.”

The Colorado Consumer Health Initiative came out with stronger support for the proposed formula. Adam Fox, the group’s director of strategic engagement, said he thought the plan balanced the need to support hospitals operating on thinner margins, while bringing overall costs down.

“We need to make sure that the rural hospitals and the critical access hospitals get what they need, but we also need to address some of the outrageous costs from some of the mega-hospitals,” he said.

Another point of contention for opponents of the proposal has been the recommendation that insurers would be mandated to participate in the public option, but Roberts said the bill sponsors are incorporating more flexibility into the plan because they know that’s not economically feasible for all companies.

The goals of the bill are to create competition and lower premiums, Roberts said.

Other major components of the state option plan bill include creating competition through insurance coverage, authorizing the Division of Insurance to apply for a federal waiver to allow the state to use money saved by creating the plan to help create more savings across the insurance pool, and the creation of an advisory board to review plan decisions.