Tip Of The Iceberg: Reported Network Adequacy Issues For Consumers

Nobody likes a complainer…except when it comes to health insurance. In that case, hearing consumer complaints helps advocacy organizations and state agencies alike understand what the most prevalent problems in the health care world are for consumers. CCHI has been analyzing a set of consumer complaints (with confidential information redacted) from the Colorado Division of Insurance (DOI) to see whether network adequacy issues are plaguing those using health insurance in our state and how we can work to correct them.

Working with a set of complaints dating from 2012 to 2015 relating to network adequacy, it appears that certain complaints are more common for consumers to report. The consumer complaints were overwhelmingly about out-of-network billing and adequate networks, but other themes prevailed, as well (see graph below).

Fig. 1: CCHI examined 63 consumer complaint files from the Division of Insurance (DOI) and grouped complaints into these seven main categories.

*Miscellaneous: contains complaints that only appeared once, such as excessive charges, incorrect policy cancellation, and misinformation.

We saw many types of stories. For example, there’s the complaint filed by a mother regarding treatment for her daughter that was authorized to be billed at an in-network rate, yet was consistently billed as out-of-network, despite the mother’s best efforts to contact the carrier and put a note on file of the recurring issue. Or the family that attempted to pick up a prescription, only to be told that the pharmacy had been alerted of the cancellation of their policy (even though the family had proof of active coverage) and would not cover the medication, leading family members to miss doses of their medication because it was unaffordable without insurance. Or the countless consumers that reported being charged at the out-of-network level when they were told that the provider or facility was covered by their plans.

While these and many other consumer complaints were successfully resolved for the consumer, we believe that it’s important also to tackle the root cause of these discrepancies, rather than relying on the efforts of the Division of Insurance and insurance carriers to solve them afterward. The DOI has been engaging stakeholders – consumer advocacy groups, carriers, providers, and more – in conversations about network adequacy for the past few months and many of these complaint topics have been addressed. Through draft bulletins, to be released as final versions after review of stakeholder comments, we hope that many of these consumer issues can be stemmed. 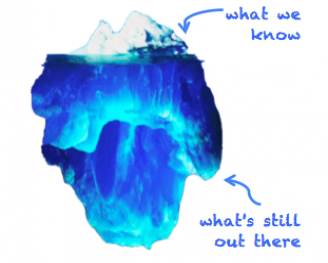 It is likely that these complaints are indicative of other consumer issues that go unreported – this is just the tip of the iceberg. A 2015 Consumer Reports National Research Center study revealed that 62% of privately insured Americans are somewhat or very likely to complain about an unexpected medical bill, but that 87% of privately insured consumers do not know which State agency is tasked with handling complaints about health insurance and 83% had never complained(1). This lack of education and consumer awareness is pervasive throughout the health care system. What we can clearly observe from this subset of complaints is that consumers should be encouraged to file their complaints with the DOI, as a large majority of the cases resulted in the positive outcome that the consumer wanted. Reporting a claim can be intimidating or daunting, but consumers should take advantage of the systems that the DOI has in place to do everything the Division can to help consumers.

CCHI is reviewing these complaint files in more detail in order to gather some statistics on the breakdown of complaint trends from consumers, so keep an eye out for a follow-up blog! In addition, if you have experienced a problem with your health insurance but don’t know how to file a complaint, check out our quick guide to finding the right contacts. And share your story with us so we can continue to represent the consumer voice!