The New Republican Health Care Bill Is Even Worse 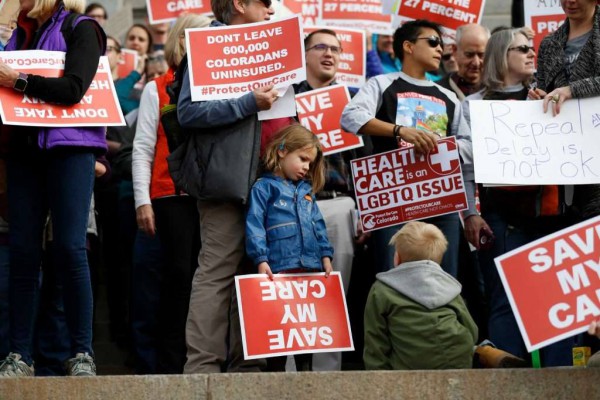 Just two weeks after a failed attempt to push through a health care bill that would have stripped coverage from 24 million Americans, Republicans are reportedly gearing up for another attempt. Late Monday night, word emerged that Republicans have conjured up an even more damaging version of their health care repeal bill. The new bill would reportedly give states the option to do away with two of the Affordable Care Act’s most significant provisions: the requirement that insures cover a basic set of benefits (essential health benefits) and the obligation that insurers charge the same amount to individuals of the same age (community rating).

What this means is that:

While insurance companies would technically still be required to offer coverage to those with pre-existing conditions, they could charge those patients whatever they please—effectively rendering that requirement meaningless. As the New York Times puts it:

“If both of the Obamacare provisions went away, the hypothetical cancer patient might be able to buy only a plan, without chemotherapy coverage, that costs many times more than a similar plan costs a healthy customer. Only cancer patients with extraordinary financial resources and little interest in the fine print would sign up.”

But Isn’t This Just Optional for States?

Proponents of the bill are likely to argue that, by simply allowing states to opt-out of these protections, they are not forcing states’ hand.

In the most technical sense, that may be true. But the real effect of this bill may be anything but optional in reality, as it would put insurance companies in a very powerful position to demand a state opt-out of these protections so they can boost their bottom line and deny care to whomever they don’t want to cover.

For example, if a state like Colorado decided to keep the ACA’s provisions intact, an insurance company might threaten to cease offering plans in the state, especially if they are offering plans in states that have already opted out of these consumer protections. Indeed, why offer more robust coverage to the sick and healthy alike when they can offer skimpier coverage and price the sickest (and most expensive) folks out of the market in a neighboring state? If the insurer’s goal is to maximize profit, the choice is pretty clear.

Needless to say, an exodus of insurance companies from the state would have devastating consequences, particularly for those living in the mountain communities who already face some of the highest premiums in the nation in part due to lack of competition. And if insurance companies left the individual market, it would leave the remaining insurers in an even more powerful position to demand a state get rid of these consumer protections.

While the timeline of this new effort isn’t fully clear, there are some reports that the House could vote on a version of this bill as early as this week. If a vote took place that quickly, the Congressional Budget Office wouldn’t even have time to score the bill for cost and how many people will lose coverage before a vote. What we know for sure is that the current fight over health care is far from over.

The resistance to the first repeal effort worked, but now we know we may have to defeat multiple versions of repeal bills in order to avoid returning to a pre-Obamacare world where so many people lacked coverage. For now, stay tuned-in to CCHI’s twitter for updates, and make sure to keep calling your representatives!