The Fine Print: Religious “insurance” plans can leave you on the hook for big medical bills.

You are talking with your neighbor one day when they ask how you’re doing after a minor surgery. As it often does when discussing anything in health care, you eventually start talking about how much it cost you. Your neighbor begins raving about their low-cost “insurance” plan with something called a health care sharing ministry, but it sounds too good to be true. That’s because it is…

Health care sharing ministries (HCSM) are a type of alternative coverage arrangement that can provide individual health reimbursements at lower costs than insurance companies regulated by the Affordable Care Act (ACA). Although HCSMs have lower upfront costs, they generally offer fewer benefits than ACA-compliant insurance plans and leave consumers open to significant financial risks. Under the ACA, HCSM are explicitly exempt from the individual mandate requirement (the penalty goes away in 2019 under the GOP tax law). 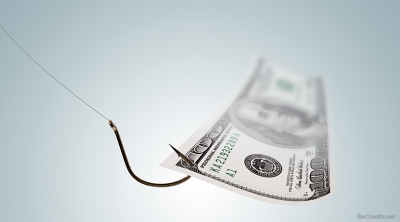 HCSMs are organizations whose members share a common set of religious beliefs and help each other pay for medical expenses deemed eligible for help. When applying to a HCSM, individuals agree to follow specific religious principles and pay a monthly “share” that may vary based on such factors as age, weight, and level of coverage desired. Members share the cost of medical expenses by either matching with other members and paying them directly or the organization collects the shares and disburses them to members in need. While this sounds somewhat similar to how health insurance works, HCSM member materials usually state very clearly that they are not insurance, and that payment of claims is never guaranteed. Unlike health insurance, HCSMs are not required to comply with the ACA consumer protections. They can:

More often than not, members of HCSMs are considered “self-pay”, meaning they have to be financially able to pay health care providers up front and then wait for reimbursement from the HCSM, but only if reimbursement is available, and it may not. Additionally, any claim that is determined to be in violation of the religious guidelines agreed to prior to membership can be refused coverage. These could include claims for diseases related to premarital sex, diseases related to drug or alcohol use, and pregnancy outside of marriage. If a claim is denied on moral grounds or deemed ineligible for help, there is no formal process to appeal that decision, and you’re left paying the full amount for those services. Further, since HCSMs are not state-regulated, there is no way to appeal a claim outside the HCSM, and no state agency providing oversight or remedies. Thirty states have enacted “safe harbor” rules exempting HCSMs from state insurance regulation, leaving them free from standards and requirements governing premium rates, benefits, and more. Colorado does not have safe harbor rules and HCSMs are not explicitly exempt from state insurance codes, however such plans are not clearly regulated either.

Interestingly, HCSM coverage decisions seem contradictory to their stated philosophy. For example, one popular HCSM in Colorado is Altrua Health Care Sharing Ministries. When an individual fills out an Altrua application, they’ll be asked to state that they agree with a listed set of principles, one of which is “caring for one another”. However, Altrua states that it will not cover medical costs associated with cancer treatment during the first year of membership. Or Medi-Share, another HCSM that provides coverage for Coloradans markets itself as being  “based on the Biblical principle of bearing one another’s burdens.” Yet, the Medi-Share guidelines include 3 pages of medical conditions and services that are “not eligible for sharing” meaning they will not be covered by the plan. In general, most HCSMs either exclude or extremely limit coverage for mental illness and substance use disorder. All HCSMs have exclusions for pre-existing conditions, and many sometimes refuse to accept already sick applicants. Also, prescription drugs for chronic illnesses and preventive services are not covered at all.

HCSMs present other problems beside limited coverage. Some health care providers require proof of insurance or proof of guaranteed payment before agreeing to perform an expensive procedure. HCSMs often explicitly state in their materials that they are not insurance. Furthermore, these organizations explicitly state that there is no guarantee of payment. HCSM payments can be delayed by at least 30 to 60 days and often by several months. Being unable to quickly pay medical bills can be a huge detriment to an individual’s credit, and some patients may find themselves in collections. Some members of HCSM report that it’s stressful and time consuming to keep track of payments from different providers and manage payments from multiple sources.

In addition, HCSM plans may attract healthy individuals away from the ACA-compliant individual market, potentially leading in the long term to a smaller and relatively sicker risk pool in that market. This results in higher premiums and fewer choices for health care consumers who want or need ACA-compliant health insurance. Memberships in HCSMs have a positive correlation with premium costs – as premium costs rise, so do memberships in HCSMs. In fact, since the enactment of the ACA, HCSM memberships have grown from less than 200,000 prior to 2010 to about 1 million, and continue to rise.

This growth in HCSMs means more people are likely to encounter a variety of challenges they may not anticipate when accessing and paying for health care, and may be unexpectedly left on the hook for big medical bills that could throw them into medical debt. Coloradans should read the fine print and make sure that, if buying a HCSM, they understand what it covers (and what it doesn’t) and how that aligns with their health care needs.