The Drug Deal: Why we need to address prescription drug prices in Colorado

As the rising cost of health care continues to draw political attention, Colorado has yet to address the high cost of prescription drugs – one of the biggest cost drivers in health care. Coloradans see the impact of drug price increases in the form of higher insurance premiums (25% of monthly insurance premiums go toward prescription drugs) as well as higher out-of-pocket costs, which places an enormous burden on many Colorado families. In 2019, over half of Coloradans reported being worried or very worried about prescription drug costs. Their concerns are valid: people in the U.S. spend around $350 billion on prescription drugs. That’s about three times more than people in Sweden spend and about twice what people in Canada spend. In Colorado, one in three adults have skipped doses or cut pills in half because of the cost. For example, the drug Naloxone, which can reverse opioid overdoses, cost $1 in 2008 and now costs between $150 and $4,500 (depending on the type of administration), an outrageous increase well beyond the rate of inflation. Further, the epinephrine autoinjector EpiPen, which treats allergic reactions, costs $300 in the U.S. and only $38 in the U.K. Clearly, something about the prescription drug system in the U.S. permits this type of price increase that is not happening elsewhere. 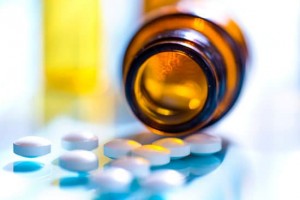 So why are drug costs skyrocketing? A 2018 report by the Community Catalyst points to four main systemic drivers of cost: monopoly power, lack of transparency, marketing tactics, and cost shifting.

The system is no different in Colorado. Coloradans are footing the bill for systemic issues in the prescription drug industry that must be addressed. Other states have passed legislation targeting each of these issues and can serve as models for providing relief in Colorado. California, Oregon, Connecticut, and Maryland have all passed transparency bills that require companies to disclose pricing information and justify any price increase above a set amount. Transparency laws are generally aimed at identifying problems within the system that can later be addressed through targeted policy change. CCHI has advocated for legislation to achieve this in Colorado, but overwhelming lobbying by drug corporations has hindered those efforts. Other states (Delaware, Louisiana, Maryland, and California) set limits to the copays insurers can charge for drugs. Vermont prohibits pharmaceutical companies from offering gifts to physicians. Many states, including California, Louisiana, and Florida, recently passed bills to regulate PBMs, restricting their ability to make consumers pay more than the cash price when using their insurance. Other potential solutions include disincentivizing price increases, creating purchasing pools so that large groups are negotiating drug prices and thus have more clout, creating rate review commissions, and educating physicians about the efficacy of different drugs and how they compare in functionality and cost.