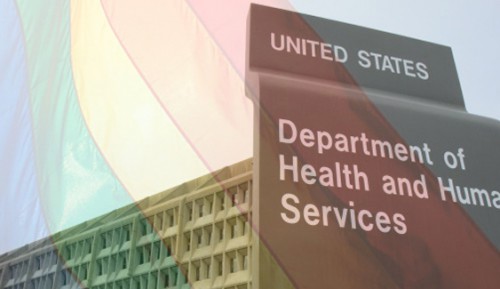 In September, the Department of Health and Human Services (HHS) issued a proposed rule titled, “Nondiscrimination in Health Programs and Activities.” The rule’s goal: to advance health equity and reduce disparities in health care. This was a huge win for some of the populations that have been most vulnerable to discrimination in health care and health coverage, and in particular, transgender Americans across the country.

Section 1557 of the Affordable Care Act includes civil rights protections banning sex discrimination, in addition to protections based on race, color, national origin, disability, and age, in health programs and activities. The rule extends protections to transgender individuals, making all services available for gender transition that are available for an individual seeking non-transition care – such as a hysterectomy. The proposed rule also grants individuals the ability to file a lawsuit if they believe their insurer is being discriminatory. As a result of these protections, insurers will no longer be able to discourage enrollment or coverage by individuals seeking these services.

This is a big moment for many Americans who are transgender, as well as a win for the Affordable Care Act. In Colorado, we were already taking proactive measures to protect LGBT residents. The Colorado Division of Insurance released a guidance bulletin in March 2013 stating that discrimination based on sexual orientation – defined as heterosexuality, homosexuality, bisexuality, or transgender status – is prohibited in the provision of insurance in Colorado.

With this bulletin, Colorado helped pave the way to health equity for LGBT Coloradans by prohibiting health insurers from denying coverage, charging more, or classifying a pre-existing condition based on sexual orientation or transgender status.

When the 1557 rule becomes final, it will apply to all health insurance plans sold through federal- and state-run marketplaces. It will also apply to federal health programs such as Medicaid, Medicare, and the Children’s Health Insurance Program (CHP+). Any doctor, hospital, or clinic that accepts government funding will not be able to deny medically-necessary treatments to patients who are transgender, nor will they be able to deny patients the use of facilities, such as restrooms, that are consistent with the gender with which they identify.

This rule combats many potential negative effects of the denial of coverage. Transgender individuals that are denied coverage for transition-related care often report turning to drugs and alcohol as a coping mechanism, while other studies show a decrease in substance abuse after receiving the treatment they need. Others often struggle to find stable employment, attempt suicide, or have an increased need for public assistance programs. The denial of coverage not only has negative effects on trans individuals, it also has negative and costly effects to insurers and health system costs as a whole.

While this rule could help millions of people across the country, there is still more work to do. CCHI just recently submitted comments to HHS in an effort to clarify the regulation that discrimination based on sex not only include gender identity, but also include discrimination based on sexual orientation. We also support creating a definition as to what discrimination looks like to identify insurers that are employing discriminatory benefit designs; explicitly enumerating and prohibiting a range of practices, such as cost-sharing techniques, formulary tiers, provider networks, and other limits on coverage that discriminate against transgender or other individuals. An example of this would be arbitrarily singling trans individuals out for categorical denials of coverage for procedures and services that are the same or substantially similar to those provided to non-transgender people like making hormonal treatments and transition-related care unaffordable. In a Health Affairs article, Douglas Jacobs argues that the omission of “price-based” discrimination has the potential to undermine the very forms of discrimination that the proposed Section 1557 regulation aims to protect against.

The work of HHS to implement the crucial civil rights protections in Section 1557 is critical for transgender Americans to get the care they need, when they need it. We urge HHS to finalize the rulemaking as quickly as possible to ensure access to health care for all individuals – regardless of race, color, national origin, sex, age, or disability.

If your healthcare provider or insurance company is discriminating against you based on your gender identity, refer to this Colorado Division of Insurance Bulletin (B-4.49) in an appeal to your insurer. If the insurer denies your claim after your internal appeal, you may file a complaint with Colorado’s Division of Insurance at 303-894-7490, by email at insurance@dora.state.co.us, or by filling out an online assistance request form on DOI’s website. Or feel free to tell us your story.