By now, you’ve probably heard about a previously-seldom talked about antiparasitic drug, called Daraprim, and the 5,550 percent increase in price that occurred – basically overnight. The price: $13.50 per pill, now $750 per pill. 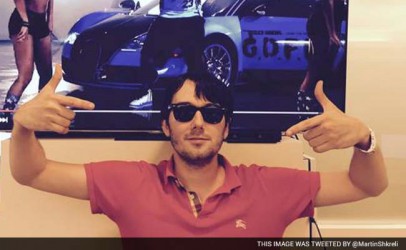 The story of a 60-year-old drug skyrocketing in price caused a public outcry. As I watched the story unfold on Twitter throughout the past few days, many users questioned why/how the CEO of the pharmaceutical company raised the price. They demanded his resignation and a decrease of price. Soon he became the face of ‘everything that is wrong with capitalism,’ a greedy CEO, presidential candidates’ talking points, and arbitrary drug pricing. All the attention on this one drug, this tiny white pill that can save lives, has brought the conversation about the high costs of drugs into the mainstream. This may be the first time drug prices has gone viral, but to the people who rely on these drugs every day, this is a constant struggle.

The pricing of drugs is a complex system to understand. In addition to pricing on the manufacturer’s side, through health insurance, different types of medications are divided into groups called “tiers” in order to determine costs. Each tier has a different cost-sharing structure, usually a copay, or coinsurance, which determines how much a patient must pay. Basically, some drugs will cost more than others.

The Affordable Care Act (ACA) did try to address issues with the high cost of prescription drugs. The ACA attempted to save consumers money by including guaranteed-issue provisions and by encouraging the creation of generic drugs and new biological drugs. Unfortunately, the cost of specialty drugs is still too high for many people and the pricing is anything but transparent. Overall, the U.S. pays more – for the exact same drugs – than any other country in the world.

Before the ACA, Coloradans and others across the country were turned away from obtaining health coverage because of a ‘pre-existing condition.’ However, even after the ACA required insurers provide coverage, regardless of a pre-existing condition, many individuals struggling with chronic diseases, such as multiple sclerosis (MS), leukemia, hepatitis, hemophilia, and HIV, may still pay extraordinarily high amounts for drugs that help maintain their health. Studies show that the high cost of specialty drugs is one of the main reasons people stop taking them – putting their health and life at risk and potentially leading to high cost medical emergencies.

In Colorado, the Division of Insurance (DOI) issued a bulletin to health insurance companies in order to discourage discriminatory cost-sharing structures of health plans as it relates to specialty drugs. The bulletin attempts to address cost-sharing, which would allow those living with chronic conditions to be able to choose plans that would not force them into financial crisis because of their prescription drugs. Although this was a step into alleviating the problem of high cost drugs, there is still more work to do.

Under this bulletin, the risk that Coloradans living with chronic conditions could be funneled into a small number of health plans, making premiums of those plans more costly to the beneficiaries. Those increases in premiums could end up counteracting the bulletin’s intent to make specialty drugs more affordable as consumers could end up paying more to maintain coverage in these plans than the original costs of the drugs prior to the bulletin. Being able to have a larger discussion on how drug prices are set and what is reasonable, how to avoid 5500 percent price increases in the future, or capping total monthly copayments would help consumers have access to the drugs they need and avoid foregoing care.

Seeing the national outrage over a small, but significant, drug like Daraprim and the massive price increase (that the company now says it will reduce) via the Internet has once again solidified my belief of the importance of social media. Had it not been for all the tweets and Facebook shares, the reality of high drugs costs would’ve been left to only those who have to pay them and a few stalwart advocates fighting against big health industries.

In order to continue these conversations and to advocate for better consumer protections, contact your insurance company or you can contact DOI if you, or someone you know, are experiencing problems around drug costs. Also, if you would like to share your story with CCHI, we can help elevate your voice and make sure you are heard.