Today, the Supreme Court of the United States ruled in favor of consumers nationwide having access to more affordable health coverage. In King v. Burwell, the Supreme Court was asked to consider whether the federal government acted lawfully by providing tax credits to individuals and families in states using the federal health insurance marketplace, Healthcare.gov. At issue was the interpretation of four words in the Patient Protection and Affordable Care Act (a.k.a. Obamacare). The Supreme Court has upheld the ACA and more affordable access to coverage and care by striking down the challenge to the law. 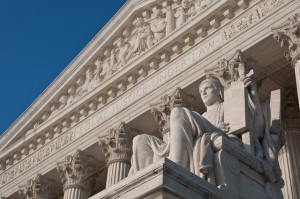 This is tremendous economic news for consumers nationwide. Everyone, regardless of where they live will continue to have access to more affordable health coverage to get the health care they need. It means that the health coverage of over 6 million Americans will remain accessible and that health care systems nationwide can continue to build on the progress that has already been made through Obamacare. An adverse ruling would have eliminated the affordability subsidies in states using the federal marketplace therefore making insurance unaffordable and leading millions dropping their coverage. The subsequent disruption to the insurance markets would have thrown the health insurance systems throughout the country into turmoil.

Colorado had the foresight to advance bipartisan legislation to establish our own state-based marketplace. Our marketplace customers would have been insulated from a ruling striking down the subsidies, but we recognize the ripple effect from those states more immediately impacted that could have destabilized our own health insurance and health care systems. We are pleased to know that the ACA and Colorado’s implementation of better access to coverage and care will not be jeopardized.