Earlier this month, the Supreme Court heard oral arguments in King v. Burwell, the case involving the question of whether 7.5 million consumers who purchased health insurance on an exchange established by the federal government may be eligible for advance premium tax credits (APTCs) to offset the cost of their premiums. If the Court rules in favor of the petitioners, the result could spell serious consequences for 34 states utilizing the Federally Funded Marketplace (FFM or Healthcare.gov) and the national health insurance industry. Fortunately, for Coloradans, the state elected to set up its own state-based marketplace, Connect for Health Colorado, and will be relatively insulated from the primary and ripple effects of any fallout resulting from an adverse ruling. 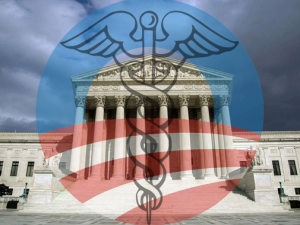 States operating under Healthcare.gov would not fare as well as Colorado in the event the Court rules that the IRS’ administration of premiums subsidies to enrollees in FFM states was unauthorized.Experts predict that without the subsidies, the nation could face a destabilization of the health insurance market. The disruption to the health insurance industry, in turn, could perpetuate the “death spiral” fueled by an average of 225% raise in average national premiums in FFM states. These drastic premium increases would incentivize healthy individuals to either drop coverage and pay a penalty, or receive an exemption because their insurance is now unaffordable. Sicker individuals, on the other hand, will wish to remain covered and stay on their plans despite paying unaffordable premiums, making insurance risk pools increasingly unhealthy and expensive.

While Colorado consumers are insulated from the direct impacts of an adverse ruling in King v. Burwell, we could expect some spillover effects of nullified premium subsidies, widespread market destabilization in 34 states, and the subsequent inequity created by virtue of some states being able to provide affordable coverage for their residents while others are not. No doubt, Colorado consumers will be confused about the ruling and its implications for their coverage and premium subsidies, and this confusion could erode consumer confidence in the system as a whole, which could negatively impact rates of insurance and the health of Colorado’s risk pool. Another concern for consumers is that multi-state hospital systems and multi-state insurance carriers may compensate for financial losses in FFM states by increasing prices and deferring costs to consumers across state lines. This spillover effect could potentially impact Colorado consumers. Furthermore, the turmoil in the health insurance industry will further induce politically charged battles as lawmakers scramble to find solutions. Any forthcoming congressional action could easily affect residents in all states, not just FFM states.

It is not in dispute that if the Court rules for the petitioners and strikes down FFM subsidies that both short and long term remedies would have to be quickly hashed out to protect consumers and the insurance market from financial harm. Some legislators have offered vague solutions to cover their constituents in case the subsidies are struck down. Meanwhile, during oral arguments, Justice Alito weighed in on the issue by proposing that the Court somehow defer the effective date of its opinion until a later time, allowing time for another solution to be implemented, provided a solution could make it through Congress. Others believe that if the Court rules for King, subsidies should not be immediately stripped from consumers, but instead the government should continue to honor its promise for at least the current year to allow consumers, employers, and insurers to adjust.

Many experts agree that any changes that would result from an adverse ruling are likely to be gradual implementations over a transitional period rather than rapid overhauls. Not only is Colorado in a strong position with the state-based Connect for Health Colorado marketplace, but also Colorado is likely to serve as a model for FFM states that may now need to set up their own state-based exchange.

If you haven’t had a chance to hear the arguments, stay tuned for a video with highlights from the hearing. You can also listen to the entire audio here.