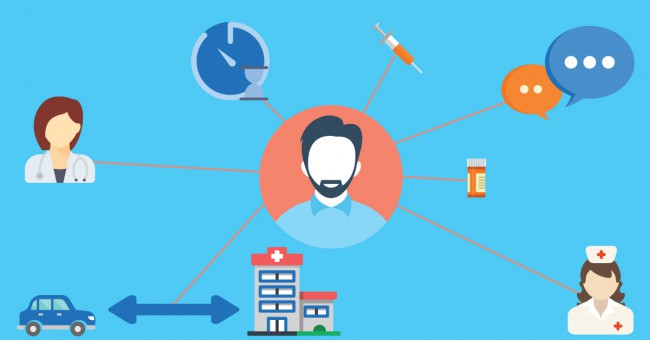 When we talk about health equity, one inequity inevitably comes up: the racial disparity in the uninsured rate. There’s good reason to talk about that gap. For one, the racial disparity in insurance coverage is quite significant. For example, here in Colorado, Hispanics account for nearly 38 percent of all the uninsured, yet make up roughly 21 percent of the population (2015 Colorado Health Access Survey). Secondly, inequitable access to insurance coverage is enormously consequential, contributing to numerous health disparities. For instance, people of color are more likely to have chronic diseases like diabetes, some cancers, asthma and HIV/AIDS.

Yet, while the racial disparity in insurance coverage is a serious problem that we need to work towards solving, it’s important to remember that health inequities don’t disappear once a person obtains health coverage. While having insurance does significantly improve access to care, people of color often experience additional barriers to care even after they have obtained health coverage.

Take the case of Maria Rodriguez. When shopping for coverage, Maria sought out a health insurance plan that had a doctor’s office in-network that could provide services in Spanish. Once she purchased the right plan and tried to make an appointment with the doctor’s office, she discovered that the office had a three-month wait list. Because she couldn’t find another doctor that spoke Spanish, she figured that her best option was to buckle down and wait.

Three months later, when her appointment finally arrived, things did not go as expected: “Once I finally did go in,” Maria said, “I found out the only person that did speak Spanish was the receptionist. She had to translate everything for me.” To make things worse, the doctor sent her to a lab that she didn’t realize wasn’t part of her insurance network for blood work, and her insurance company ultimately did not cover those tests, leaving Maria to foot the cost of the bill from the lab herself.

What Maria experienced was an insufficient health insurance network. The term that’s often used when discussing the breadth of insurance networks is network adequacy. Network adequacy means that a health plan’s network provides someone with the right care (like a provider that speaks their language), at the right time (like reasonable wait times to get an appointment), without unreasonable travel.

As Maria’s experiences illustrates, insufficient insurance networks—while a potential barrier to care for all consumers—can disproportionately obstruct communities of color from accessing meaningful care. Because she couldn’t find another doctor in her insurance network that spoke Spanish, Maria had no choice but to wait several months to see a doctor. And of course, once her appointment arrived, she discovered that she would only be able to communicate with her doctor through the office’s receptionist. Even further, her insurance company’s failure to cover her lab work raises additional concerns about the ampleness of Maria’s health insurance network.

Maria’s story makes clear that racial inequities in health care access persist even after coverage. If we’re serious about working to reduce and ultimately eradicate health inequities, creating more adequate health networks is going to be an important piece of the puzzle.

Have you experienced issues with seeing a doctor, getting the care you need or having to drive unreasonable distances? Do you feel that your health insurance network is insufficient? We’d love to hear your story.