I’m one of the many young adults who was uninsured and underinsured in the past due to affordability. Once I aged out of my parents’ insurance, I was still covered for a few months by my university insurance. When I graduated, I bought a catastrophic plan, but it was $100/month, and I never used it.

I don’t think it was worth it, because even with the premium, I would have still had to pay a lot out of pocket to go to the emergency room. When I went back to school for my Master of Science I was again covered through the University. I haven’t been insured for the past 3 years, because my jobs haven’t paid enough to buy anything that was worth it. I hardly ever go to the doctor, and I was using other means to get my women’s health check-up that was affordable (they had a sliding fee scale based on income).

Enrollment took a little longer than I was expecting because of some computer troubles and I needed to do some background research on insurance lingo. Mom told me not 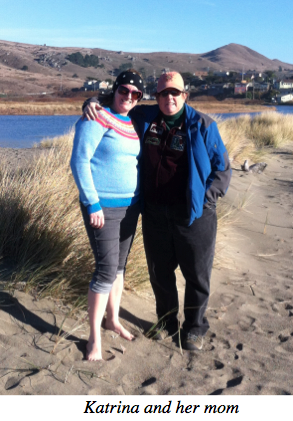 to give up though and consistently encouraged me to keep trying. Once the website was going smoothly, I was able to look at different plans. I ended up going to an outside source to look up the terms I didn’t understand and that really helped (ex:  co-insurance). Once I figured out the terms, it was much easier to make a decision. I also called my mom a few times, since she’s had to look for different health plans as my dad’s insurance coverage changed over the years. It really came down to cost for me: premium, deductible, annual out of pocket max and % co-insurance. I was able to find something that had low costs for all of those things, compared to other plans in the marketplace.

The only reason I was able to afford health insurance is because of the financial assistance. At the normal premium cost, I would never be able to afford it- not with all of my other bills that have to be paid (rent, utilities, gas, loans, etc.).  I actually got a pretty large amount of assistance, because I’m still considered “low income.”  My monthly premium is very low for what I’m getting out of the plan.

The plan I’m getting now is so much better than what I had. To be honest, I can’t really remember any of the specifics of what my old plan was, but it was only catastrophic insurance, so I didn’t have a primary care physician or anything of that sort. I also had a high deductible, which was ridiculous, since I would never reach it within a year. With my new plan, I will get to choose a primary care physician, and I have a low deductible that will be taken care of after 1 allergy office visit (my annual check up is free).

I think it’s important to have health insurance because it’s important to take care of yourself. I want to be as healthy as I can be, and routine check-ups are the best way to do that, especially as a woman.  Also, if something unexpected does happen, you won’t leave yourself or your family with high medical bills. Going bankrupt before you’re 30 is not good, not that going bankrupt is good at any age, but as a young person, you’re just starting to develop credit and thinking about making large purchases, like a car or a home. High medical bills can really set you back. I’ve had to go to the doctor a lot in the last few months, and I’ve been paying out of pocket. I’m sure I’ve paid over $500 for doctor visits and prescriptions and over the counter medicine I bought before going to the doctor. I had to charge it all on my credit card, after I had finally paid it down.  If I had insurance, I wouldn’t have had such high costs, but I couldn’t afford the monthly premium then. Now that I have insurance I can finally get some allergy testing done and not pay so much. Not to mention, when I’m out and about doing the things I love, hiking, swimming, camping, kayaking, snowboarding, snowshoeing (the list goes on and on) I don’t have to worry about an unpredictable medical bill if I get in an accident.