I am a 31 year old cognitive coach.  I work with a variety of individuals to maximize cognitive processes using the principles of how brains change. That can mean anything from working with a teenager to improve a learning disability, a retiree hoping to divert Alzheimer’s Disease, or a CEO just looking to boost her IQ. I’m also trained as a mental health counselor and in my off time, I work as a social entrepreneur trying to change cultural paradigms to promote social change. 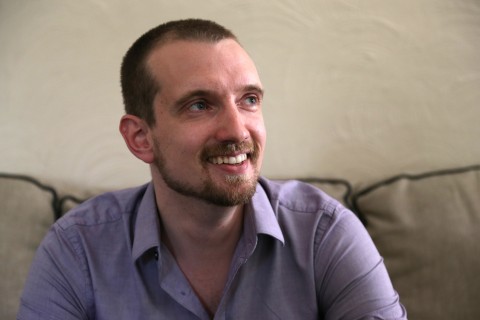 I am also uninsured. I don’t have insurance right now because I can’t afford it. Prior to talking about changes to health care, I rarely thought about my uninsured status because I’d essentially resigned myself to health insurance being a luxury. Part of it is that I had been lucky. I had a bike accident when I was in fifth grade and a car accident when I was 18- both were covered by my parents insurance. More recently, I was in a car accident earlier this year, but the person who hit me assumed full responsibility and had great insurance. Despite the only “luck” here being that my injuries were always paid for, part of me has certainly wondered when even that little luck would finally run out.

My anxiety is exacerbated when I see the size of the bills from my most recent accident, even though they will all ostensibly be covered. An ambulance ride for $500.00, a consult with someone who never even saw me for $150.00, a pill for $100.00. No amount of negotiating has been able to make the bills stop, and the list just goes on and on.

In the past, I would typically deal with terrifying hypotheticals with the only two tools I had available: delusion and denial. Most people won’t tell you this, but there are long stretches where these work just fine. The thing is, it is that one moment they don’t work that makes all the difference.

Perhaps better than most, I know that delusion and denial have their limits. I had a condition called polydactalism when I was born. That means that I had six fingers and six toes on each hand and foot, respectively. While all four extra digits were removed a year or so after I was born, they left their mark. Fast-forward to today and the pinky on my left foot is turned outward, lying on its side. A foot specialist told me this is because a stabilizing tendon was cut during the original toe removal. Well, that means almost no shoe fits. The toe rubs on the inside of all footwear and after over 30 years causes friction and pain. Worse, the toe actually expanded thanks to the constant rubbing and that has only made it more sensitive to pain and easier to make contact. Like a constant companion, I’ve gotten used to the pain, but it has always been a minor quality of life issue. And until recently, fixing it was never an option because I couldn’t pay for it and that didn’t seem likely to change.

I will be eligible for Medicaid under the expanded eligibility criteria starting January 1st. I’m pretty thankful about that. In the future I’m hoping to be eligible for financial assistance to help me afford my health insurance premiums, as I’m expecting to get more students and have a higher income that will push me beyond Medicaid eligibility.  When that happens I’ll be VERY thankful for financial assistance, as depending on my financial profile, it is possible that $200.00- $400.00 a month would still be prohibitive, especially with student loans.

I look forward to having health insurance, as it feels like a revolutionary option in my lifetime. The idea that I could have quality insurance for the times between work is so novel it feels like a wall is coming down. These days moving between jobs is increasingly something we take for granted in our careers, making the lack of insurance between employment an increasingly stressful norm of modern life. To have health insurance to carry us through those times is for me, a tangible sense of freedom and security that makes new things possible. Instead of making desperate decisions driven by necessity, in the future I may be able to focus just a little more on what is right for me and my future.

So I’m pretty happy about using the new options, first Medicaid and then having access to quality coverage and financial assistance in Colorado’s new marketplace, Connect for Health Colorado.