The US Supreme Court ruled on Monday in favor of Hobby Lobby, a craft store, and Conestoga Wood Specialties, a furniture store, saying that the for-profit corporations are not required to provide certain health benefits to their employees if it violates their religious beliefs under the Religious Freedom Restoration Act of 1993. 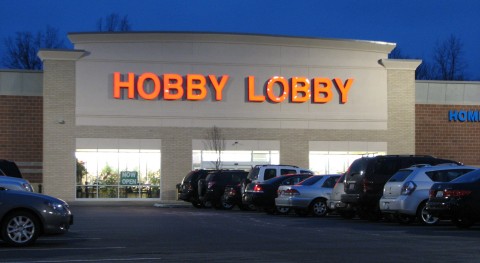 The court decided 5-4 saying that the corporations had the right to operate their businesses based on their religious values and beliefs.  The decision comes after the two companies filed a lawsuit against Obamacare (aka Affordable Care Act), saying that the mandate, which requires all employers to provide health coverage for contraceptives, such as the pill, intrauterine devices (IUDs), and Plan B, violated their religious beliefs. The mandate was a landmark step for women’s health that gives many women access to affordable birth control for the first time.

Although Hobby Lobby already covered the most popularly used methods of birth control in its health plan, including pills and barrier methods such as condoms and sterilization, the company drew the line at IUDs and Plan B – methods it believes to be abortive services. The company stated that a fine that would be implemented due to refusing to follow the mandate would be a “substantial burden.”  Under the Religious Freedom Act, the government can pass no law that puts a substantial burden upon a person’s right to exercise religion.

Over 99 percent of sexually active women use birth control at some point in their lives, for a wide variety of reasons. In addition to preventing pregnancy, birth control can also help with other medical conditions such as Polycystic Ovary Syndrome, Endometriosis, Anemia, menstrual cramps and acne.

Unfortunately, the court’s decision has many potentially damaging impacts to not only women’s health coverage, but to everyone.  Although the majority attempted to narrow this decision, it still has the possibility to allow businesses to deny their employees other medical procedures to which they are legally entitled, based solely on their personal and religious beliefs — procedures and treatments like vaccines, surgeries, blood transfusions, or HIV/AIDS medication.

According to the IMS Institute on Healthcare Informatics, 24 million more prescriptions were filled in 2013 than in 2012, with no co-pay, which saved women an average of $269 a year. Birth control is basic, preventive healthcare that millions rely on every day. The decision to use birth control is between a woman and her doctor, not a woman and her boss.

Preventative care, like birth control, is something that everyone should have access to. You should be able to get the care you need to stay healthy and have peace of mind. Your voice matters, because decisions about your healthcare are too important to be left up to your employer. To learn more, please visit some of our partners, such as Planned Parenthood of the Rocky Mountains, NARAL Pro-Choice Colorado, and The National Women’s Law Center.