Colorado’s budget is in a bit of a tight spot thanks to limits set through the state constitution and the Tax Payer Bill of Rights (TABOR). 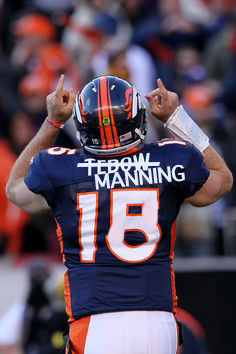 Some state lawmakers have begun targeting the Medicaid program (the state run health coverage for low-income Coloradans) under the illusion that remodeling the efficient program can address these budget constraints. While some beneficial reforms in Medicaid are already in the works, some of the reforms currently being proposed at the legislature would be the equivalent of putting Tim Tebow in a Peyton Manning jersey. It might look good on the surface, but the results aren’t likely to be what anybody wants.

The biggest proposed change comes in a recently introduced bill: SB16-170: “Health Benefit Exchange for Medicaid Eligible.” This bill would require the Department of Health Care Policy and Finance (HCPF) to implement a program to purchase private insurance coverage for Medicaid eligible persons. Proponents argue that Medicaid eligible persons should be able to elect private coverage through our state-based marketplace, Connect for Health Colorado, instead of traditional Medicaid coverage, and that this could reduce the state’s expenditure on Medicaid. They also argue that Medicaid recipients should have the same amount of choice as those buying insurance in the private market.

The evidence from other states that have implemented a similar model indicates precisely the opposite of these goals. The most well-known is Arkansas, which used the purchase of private coverage for Medicaid beneficiaries in lieu of traditional Medicaid expansion. Indications from Arkansas are that it is actually more expensive to provide this private coverage option than traditional Medicaid expansion because the state has to pay significantly higher reimbursement rates to providers through private insurance in addition to covering the added costs of monthly premiums, high deductibles, copays, and coinsurance. This means that SB16-170 could end up increasing Medicaid costs for Colorado and budget pressures, not reduce them. Unlike Arkansas when it designed this private insurance Medicaid program, we already know exactly how much Medicaid expansion costs in Colorado and it is highly unlikely that this type of program could be more cost effective.

In addition to the base costs of private coverage being higher under SB16-170, the state would also have to pay for “wrap around” services not typically covered in private insurance that provide additional support to Medicaid enrollees. A prime example is the Early and Periodic Screening, Diagnostic and Treatment Program (EPSDT), that provides comprehensive and preventive health care services for Medicaid members through age 20. This program helps ensure that Colorado’s youth receive appropriate preventive, dental, mental health, developmental and specialty services. Another example is non-emergency medical transportation that is covered through Medicaid, but would cost yet more to provide to private insurance enrollees.

One of the other arguments for this reform is that it would allow Medicaid eligible persons to have access to broader provider networks if enrolled in private insurance. It is pretty much a universal truth nationwide that there’s a shortage of Medicaid providers, and yes, this has real impacts on access to care. But, the advantage of broader networks would only materialize if insurer’s provider networks agree to care for this new population and have the capacity to do so. Medicaid’s network is also statewide, while private insurance networks are limited to the service area of the plan. This bill could end up straining private insurance networks, making it harder for both Coloradans already enrolled through private insurance and those enrolled through Medicaid to access the care they need, when they need it.

Colorado’s Medicaid expansion has been incredibly important to lowering our uninsured population. While there are certainly issues that need to be fixed in our Medicaid program, the costs of pursuing an Arkansas style model for our Medicaid program through SB16-170 are likely far more than proponents suggest and could end up squeezing the state budget available for other important programs.  Tebow might have been a sensation, but he didn’t exactly deliver what was promised. That’s the result we can expect if SB16-170 passes.