There is no such thing as a non-health sector,” said Leana Wen, the commissioner of the Baltimore City Health Department. Another way to put it: “Health is Everyone’s Business”–the official theme of the Colorado Health Foundation’s 2016 Colorado Health Symposium.

The basic idea being, if we’re serious about improving the health of our communities, we all have to come together to do it. So, where better a place to start the coming together than in beautiful Keystone, Colorado?

Throughout the conference, the Symposium’s speakers wrestled with all sorts of health-related challenges. Some took on system-wide problems: With the US healthcare system wasting $750 billion annually, how do we redesign how money flows in our health system so that we make the greatest impact on health? Others grappled with specific challenges: How do we restructure a hospital in Rwanda that wasn’t designed for infection control?

While the challenges varied greatly, there were commonalities in the paths to potential solutions. By the end of a conference, it seemed as if a roadmap had formed: from the way we must approach a dilemma to the way we should act on it.

It starts with the right mindset. How do we perceive and approach challenges? For William Eggers, author and executive director of Deliotte Public Leadership Institute, we alter our approach by adjusting our language. Eggers is tired of talking about “wicked problems.” He prefers the phrase “wicked opportunities.”

Looking at #wickedproblems as opportunity. Love this thinking from @wdeggers #16CHS 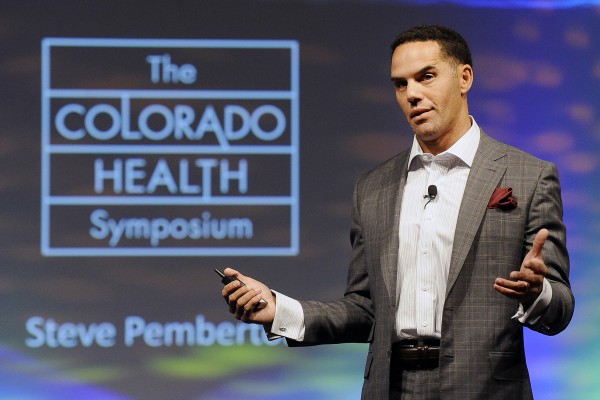 For Steve Pemberton, vice president of diversity and inclusion and global chief diversity officer for Walgreens, life depends on the right perspective. With an absent father and a mother in the midst of a losing battle with alcoholism, Pemberton was taken from his family and placed in the foster care system at the age of three and a half. Later on, a well-respected foster family took him in, but behind closed doors, they were brutal. While everyone entrusted with his health care accepted his many “freak accidents” at face value, Pemberton still draws inspiration from “Nurse Nancy,” the one person who rejected the fabricated stories and spoke out against the abuse.

As Nurse Nancy saw things differently, so does Pemberton. While disclosing his keys to success, Pemberton likened his attitude to a golfer who had an outlying perspective on a challenging shot:

“look at this terrible situation I’m in… And look what I do with it.” @iStevePemberton #16chs 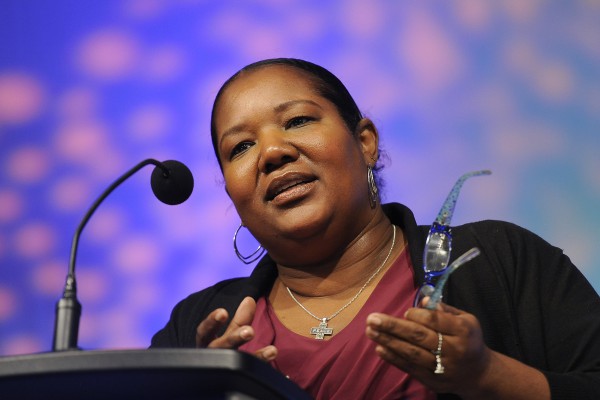 Taking a cue from Nurse Nancy, finding the right perspective is only valuable if it’s followed by action. For many of the Symposium’s presenters, the first part of taking action is speaking out for what is right.

Speaking out for justice may at times seem challenging or risky, but as Dr. Gloria Wilder makes clear, there is often less risk in speaking out than we perceive:

‘Acknowledging racism does not make you racist, any more than following the stock market makes you rich’ – Dr. Wilder #16CHS

Rather, the true risk is in staying silent, and presuming our opinions and values are well known:

Dr. Leana Wen reaffirmed speaking out as an indispensable part of the process:

#16chs @DrLeanaWen Lesson #2: Speak out. We must use our voice before we can use our heads and our hearts. Let us be on the right side hst

But while speaking out is an invaluable part of taking action, it does not alone suffice. Jay Want, owner and principal of Want Healthcare LLC, utilized the teachings of Yoda to argue that action must ultimately be taken with confidence:

If your favorite policy wonk seems too abstract, @topeka_501 will tell you what you can do for kids’ health RIGHT NOW so get on it #16CHS

Anderson: No laundromat in the community? Put a washer/dryer in the school; Parents can do load of laundry for 1 hr of volunteering #16chs

Anderson wasn’t the only one with action-oriented ideas. Some presenters shared ready-to-use tools for genuine community engagement. Others spoke of schools or hospitals as potential health-hubs for communities. And while I left the conference inspired by their work, I found a more valuable takeaway in making sense of how they got there. The conference ended with a keynote from the flobots, and I think they got it right:

This is not a conference, this is a movement! @flobots @HealthSymposium #16CHS 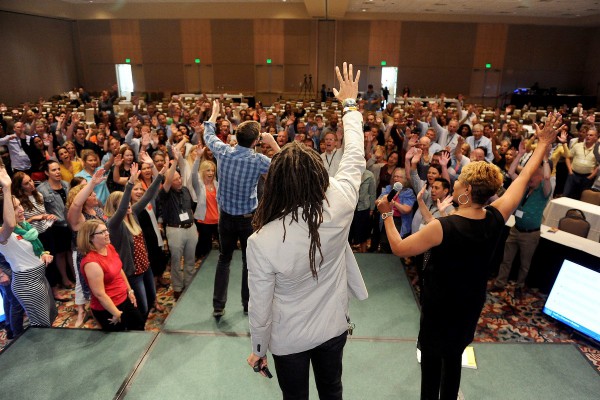