Learn more about our work to make health care more affordable and equitable for consumers.

We can help you resolve insurance claim denials, surprise bills, hospital discounted care, and other health coverage issues through our Consumer Assistance Program.

Your voice matters! Join us and help improve health care for all Coloradans.

Join us in our Mission:

CCHI advances the consumer voice to improve access to health care for all Coloradans by working statewide for progress toward equity, affordability, and quality. 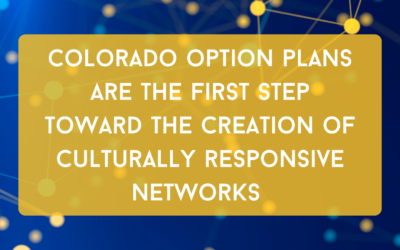 When the trailer for Disney’s live-action remake of The Little Mermaid was released in September, heartwarming reaction videos showing Black children overjoyed to see Ariel played by a Black actress spread across the internet. The star, Halle Bailey, even tweeted a compilation of the videos and said their reactions “mean the world to me.”  Representation in the media matters to how all people, especially children, see themselves and their place in the world. And, unlike the trend-focused cycles of social media, which fixate on isolated events like Bailey’s casting, establishing full representation in entertainment is a continuous effort against racist backlash and content with the status quo.

END_OF_DOCUMENT_TOKEN_TO_BE_REPLACED

DENVER – Today, the Colorado Division of Insurance approved rates for Colorado’s healthcare insurance companies. Initial rates filed at the beginning of the summer showed average increases of 11%, with rural consumers generally facing higher increases, and the final rate increases are only slightly lower, with average increases of 10.4% in the individual market and 7.4% in the small employer market. And this comes on the heels of news that Bright Health is leaving the market, which means some 55,000 Coloradans will need to change their insurance plan.

END_OF_DOCUMENT_TOKEN_TO_BE_REPLACED 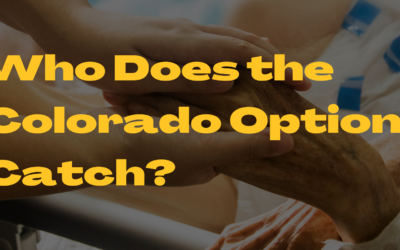 Who Does the Colorado Option Catch?

I was 15 when my parents divorced. Divorce can have long-lasting impacts on adults and children alike, but my family grew accustomed to many of them. My brother and I acclimated to moving back and forth across town each week. My parents learned how to fill the nights they weren’t caring for their children. A few weeks ago, my brother began college, and with us out of the house, it seemed like the last daily reminders of the divorce had faded from our lives.