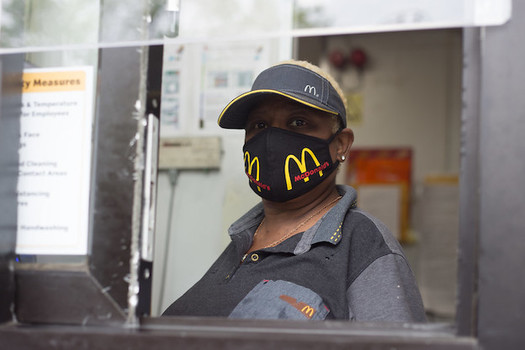 Currently 93,000 essential workers in Colorado get their health coverage through Medicaid. (Paul Sableman/Flickr)

DENVER — Medicaid rolls are expected to increase by 500,000 people in Colorado during the pandemic, which could wreak havoc on the state budget unless Congress approves additional relief.

Adela Flores-Brennan, executive director of the Colorado Consumer Health Initiative, said one in three Coloradans could turn to Medicaid for health coverage in the near future, with the surge in unemployment and loss of employer-based health insurance.

“It plays a really critical role in a pandemic, because it provides low-cost or no-cost health care to people who need it,” she said, “and there is no time like the present that better demonstrates why we need health care for everybody in Colorado.”

In May, the U.S. House passed the HEROES Act, which included additional funding for state Medicaid expenses, but aid packages stalled in the Senate before Congress adjourned for its August recess. President Donald Trump signed a series of executive orders over the weekend promising aid for some Americans, but none of them address Medicaid.

Flores-Brennan said she’s hopeful that leaders in Congress will return to Washington and hammer out a deal that meets the most pressing needs of Americans facing an unprecedented recession on top of a health emergency.

“There may be an ideological impasse in Washington,” she said. “The good news is that both Sens. (Michael) Bennet and (Cory) Gardner here in Colorado support increasing federal assistance to the state for the Medicaid program.”

Some 93,000 essential workers in Colorado, and one in three people with disabilities, currently get their health coverage through Medicaid. Flores-Brennan said unless Congress sends additional money to states, Colorado lawmakers facing a $3 billion budget shortfall could respond with Medicaid cuts, both in coverage and critical health services.